Last week hubby shaved his face. In normal families this is not shocking or newsworthy. In ours it is. Mike has had a beard since he was 17 or 18. And not just a beard, but a full beard, a pirate worthy beard, a beard that makes Grizzly Adams look like a wimp. (I wish I could find a picture, but I'm not having any luck...)

This is a guy who would get a haircut and beard trim once a year whether he needed it or not. Because that started to drive me a little crazy, and I didn't like all the Santa references he got, he kept it a little more under control after we got together.

He has always claimed that he couldn't shave because it made his skin break out, but I would always counter that excuse with the fact that razors have changed a bit in the 30 some odd years since he actually used one. (He had the kind where you bought the blades and put them in the razor--just a step up from a straight razor!) 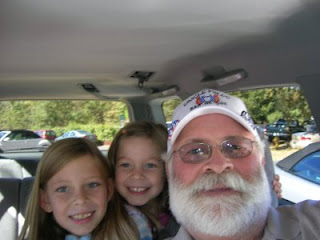 In the last year or so he's been keeping it fairly short since his BBQ catering business has taken off and he has wanted to look a bit more professional. It was a nice change. 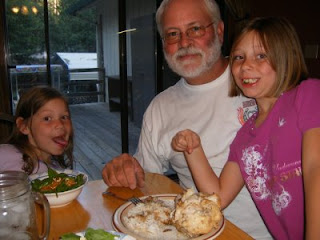 He has threatened to shave his face more than once, but I really thought he would never do it. For some reason he got a wild hair (ha ha!) and followed through on his threat last week.

It was shocking that's all I can say. I wouldn't think it would be that big of a difference, but it truly was. I really had a hard time even looking at him. Not that he looked that bad, but it was truly like having a stranger in the house. Weird, weird, weird! 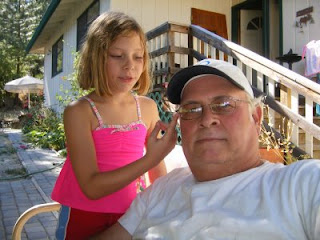 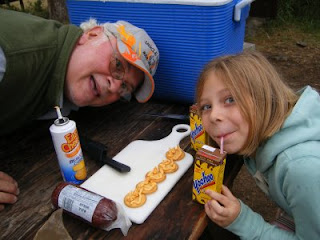 By day 3, I was used to it, and kind of liking it, but alas he was already growing it back. I told him he may want to try the mustache-goatee thing first, but then he thought I wanted him to grow a "Fu Man Chu", which he doesn't like, and he suggested a "cowboy mustache" which I was against. So beard it is.

The whole Mike with a nekkid face was a big topic amongst the family, especially since he and his brother have always had full beards, and none of the nieces or nephews or wives have ever actually seen their faces. Our niece finally figured out why it was so weird for Mike to be beardless. He looked too NORMAL. It kind of took away his character, and made him look like Joe Schmoe. Once she figured this out, it was an "Ah Ha! moment" for me.

At any rate Mike's character is well on it's way back. Right now his face is the texture of a ticked-off hedgehog. He's definitely going through the "awkward stage"! I was pretty impressed that he actually took a risk and shaved (and guess what, razors really have changed!) and stepped out of his furry comfort zone.
Posted by Lesley at 11:22 AM

I told my husband that if he shaves his beard, it's grounds for a divorce! ;)