In honor of my 100th post, and in following with the great blogging tradition, I am listing 100 random things...some about me, some about my family, and I sincerely hope it doesn't turn into the most rambling and inexplicably boring post ever. So here goes nuthin'... 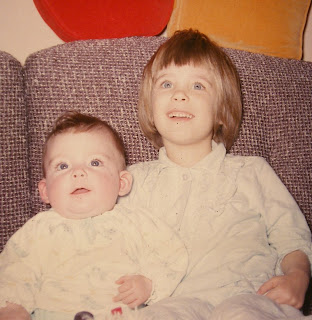 1. I was a 9lb baby with chubby cheeks and a full head of black hair.
2. My mom had a best friend who was a hairdresser, so my mom's hair color changed on an almost weekly basis. Sometimes she was a platinum blonde, sometimes a bright redhead, sometimes a brunette, she always kept us guessing! 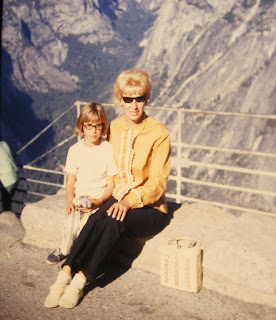 3. My mom's hairdressing friend used to try out new techniques on my mom before she used them on the paying customers. My mom remembers having her pulled through a frosting cap, and commenting, "Ouch, this will NEVER catch on!"
4.Fast forward 25 years to her and I frosting each other's hair at our dining room table. Mom never really got the hang of going into the holes at an angle with the crochet hook, and I swear she pulled half my scalp through the cap in the process. Ouch indeed!
5. My sister got stuck with the "pixie" hair cut as a child. Again, I think this had to do with mom's friend and the popularity of Mia Farrow and Twiggy.

6. My uncle committed suicide when I was 6. I still remember being in our living room when I was told about it. I don't think my dad was ever the same after that.
7. My favorite number has always been 7.
8. When I was little I thought the perfect age to be would be 17. I figured you were grown up, but not yet "old". My thoughts changed when I actually experienced being 17.
9. My parents took us on wonderful family vacations when we were growing up, such as:
10. Banff, Canada
11. Jackson Hole Wyoming, and the Grand Tetons
12. Yellowstone
13. Glacier National Park
14. Zion and Bryce Canyon
15. The Grand Canyon
16. Disneyland! 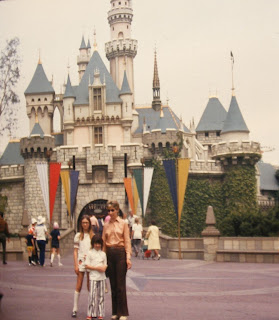 17. One of the highlights of our trips would be when mom and dad would let my sister and I go to a souvenir store to buy a memento.
18. I was horse crazy. I could take or leave the boys, but dreamed of horses all the time.
19. My parents probably spent the equivalent of a decent college education on giving me horseback rides at riding stables.
20. I say it was money well spent!
21. I wanted to be a boy when I was little, and enjoyed playing with the neighbor boys more than I did their sister.
22. We almost always played cowboys, and when the sun would go behind a cloud, we would pretend that it was nighttime.
23. I had a ratty old cowboy hat that I would tuck my long hair under.
24. When I was 6 my mom let me get my hair cut short like a boy's.
25. It was not attractive.
26. I didn't care. 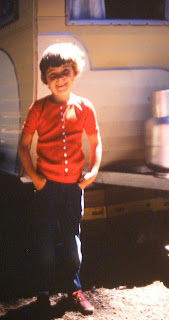 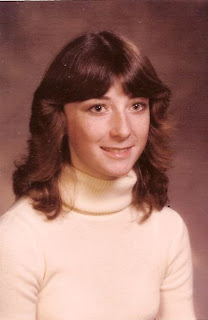 80. After I received my diploma my parents told me, "Now go get a job".
81. The first job I got was washing dogs at a dog groomer. This is when reality set in.
82. I then decided to go to Beauty College and got my cosmetology license when I was 18.
83. I never worked in a salon, but I would go to people's homes and do their hair, and I had a fairly large clientèle of customers.
84. I put myself through junior college by working as a printer and getting scholarships.
85. Even though I got married and had a baby during my 2 years at college, I still graduated with my class.
86. ...and I graduated with honors, which is still one of my proudest accomplishments.
87. I began belly dance classes at the ripe old age of 38.
88. I was so lame and uncoordinated, that the instructor kindly suggested that maybe I should take a few private classes with her before continuing with the beginner's class.
89. For some reason I didn't get discouraged, and I followed her advice.
90. Part of it was that I was intrigued by the dance and really wanted to learn, the other part was that it was an hour and a half (including driving time) all to myself.
91. Almost 6 years later, I am a confident dancer, and more importantly, a confident person. 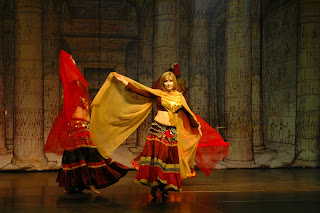 92. I refuse to go on roller coasters and thrill rides. They're in the same classification as scary books and movies, which I deem unnecessary torture.
93. My most overused phrase is, "For the love of Pete!"
94. One of the only good things to come out of losing my mom was that my sister and I are now much closer. My mom used to be our unintentional "go-between" by relaying to me what my sister was doing and vice versa so that we rarely talked to each other. 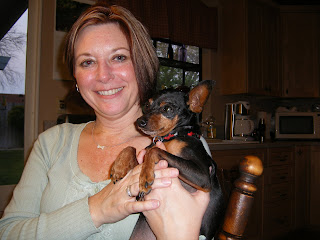 95. A long phone call with my sister is now one of my favorite things.
96. One of my favorite quotes is from Eleanor Roosevelt, "Women are like teabags. We don't know our true strength until we are in hot water!" I liken this quote to childbirth. I didn't know how strong I was until I went through the birth of my children.
97. I definitely felt empowered and proud after childbirth. I have had all 4 without any medical interventions or drugs, and 2 without the so-called "luxury" of a hospital.
98. Another quote I love, that I just recently discovered on another blog, Cairnsliving, is from CS Lewis, "Friendship is born at that moment when one person says to another, 'What! You too? I thought I was the only one." Truer words were never spoken.
99. I love to ride motorcycles, but am refraining because I need to stay in one piece for my children.
100. My kids are my greatest inspiration, my greatest blessing, and have been my greatest teachers. How lucky I am to be their mom! 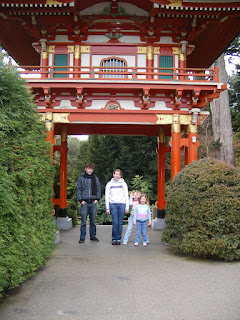 And now a hearty pat on the back if you made it to the end of this post!
Posted by Lesley at 10:54 AM

Wow, NOT BORING at all. You are an amazing lady! Loved this rich piece of your history! I think we have a lot in common :)

This is so very sweet. I read everyone of these and I loved them. I hope your kids read it.

This was so much fun to read. I laughed and I cried remembering the good and difficult times. One of my favorite things is our phone calls too.

Awww-- Congrats on your 100th!Loved the post! (P.S. I was horse crazy too!!! My parents sent me to Shady Lawn Farm for summer camp and I was in horse heaven! I still love horses but never did own one.)

Woo hoo! 100 posts!! I loved it. Entertaining and enlightening. Now I like you even more!!

**patting self on back**

I made it to the end, and loved every minute of it! :D What a fun, yet informative list. You're such an interesting person.

I loved the Eleanor Roosevelt quote, so true.

And I really can't stand scary movies or books either - LOL - 'unnecessary torture.'

Thanks for sharing. The pictures were great, and I loved learning so much more about you. :)

I knew most, of not all of those things, but not the one about your uncle, which surprised me, both that it happened and that I didn't know. Anyhow, it was very enjoyable to read.
You are amazing and have made leaps and bounds in the shy department, that's for sure! How can you be a shy Mom anyway??
Love,
Cuz