A Trip to the City

Cam turns 21 on Wednesday, so we made a trip to San Francisco Sunday to spend the day with him.

We started out early---tried to leave by 8am, but at least the girls and I were loaded to go in the car at 8:20 (Sis and I even both showered and did full hair and make-up). And there we sat...because anytime Mike goes with us, we always end up waiting for him. I'm not sure what last minute things he always finds to do, but he's putting his manly gender to shame when he has 4 girls that are ready to go before he is!

It was a beautiful day in the bay area. Sunny and warm. And let me tell ya, we were ready for warm after we got snow (yes, snow!) on Friday (it didn't stick, but still!).

I got Cam some luggage because he and his girlfriend Cassie are going to Disneyland on Thursday and he had nothing but a black plastic garbage bag to pack his belongings in, and that would be a nightmare to check in and out at the airport (ok, so he actually has a small duffel bag, but the garbage bag sounded more dramatic).

I hid little goodies in all the compartments of his luggage. Such college guy staples as mac and cheese, Cheezit, Skittles and the like.

We then headed for Golden Gate Park and walked around Stow Lake. It was really pretty. Fleet Week was going on at the wharf and we were treated to a show by the Blue Angels. Very cool...and loud.

Lots of photo ops and cute turtles and geese abound at Stow Lake. 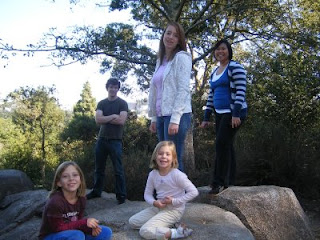 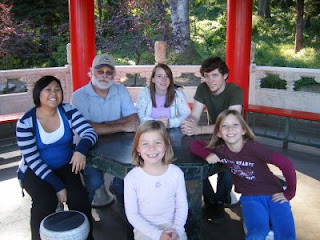 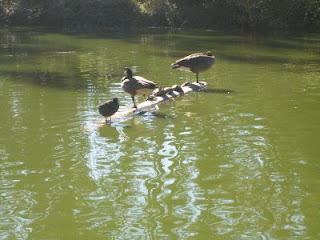 Even after our very filling lunch at Chipotle (my first time there...honestly those burritos are the size of a small vehicle, but SO good!), everyone was pushing to have Cam's birthday pie. (He requested my famous puddin' pie-an Oreo cookie crust filled with chocolate and vanilla pudding- instead of cake.) We headed to the beach for pie eating. It was good, but windy! 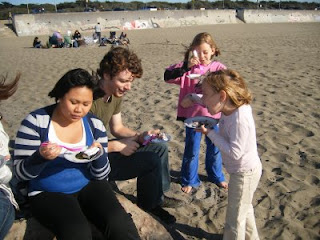 Lots of playing in the waves ensued along with more photo ops. 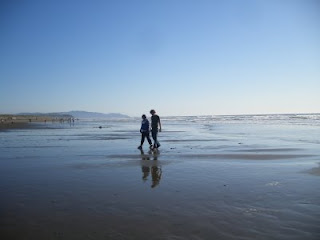 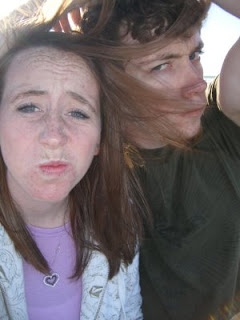 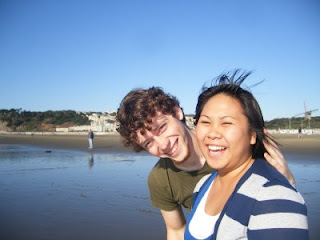 We parted ways at around 6pm. We were actually on the freeway at 6:00--We made it across the Bay Bridge at 7:20pm. It took us that long to go maybe all of 5 miles. I thought I was going to lose my mind. I'll give the girls credit though, they never complained. Nat entertained herself by writing stories about potatoes and someone named Mr. B who had to go pee. Sis and Shel entertained themselves by taking (hundreds) of photos of themselves, 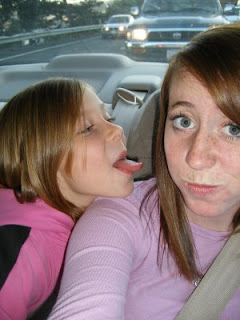 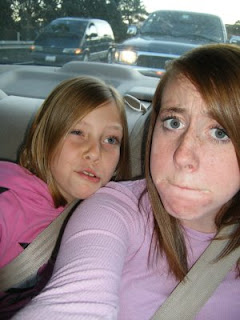 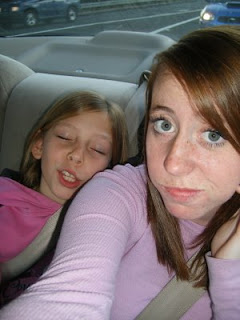 (yeah, there's lots more just like that, but you get the idea...) and Mike gave me a running commentary on all the interesting things found on the side of the road. He resisted getting out and picking up very handy items like bungee cords, gloves and towels. That showed real restraint. We even saw an old rat walking along the roadside. Fun times.

It was definitely hardest on me, the driver. I was beginning to get a little road rage.

I guess in addition to all the extra people in town for fleet week, there was also traffic from people attending the 49ers and Raiders' football games. So much for the less traffic on Sunday theory.

We were pooped when we got home, but it was a fun trip. We love spending time with Cam and Cass, and we had some serious family bonding time crammed into my car for hours on end (inching along...aaarggg!).
Posted by Lesley at 8:38 PM

Fun day! (minus the traffic) I love that you hid treats in the luggage for him to find. Nice mom!

THOSE burritos sound awesome!! I am HUNGRY!

Looks like you had a great time! Love the funny car pics :-)

I miss the beach and Golden Gate Park, but I don't miss the traffic!!!!!

It sounds like fun was had by all, in some way or another. ;-)

I love the pictures! So fun.