The Monday Mash (aka Brain Dump)

So Nat is taking pictures of her butt cheek tonight because last night after her bath she got a little too close to the heater when she was nude and now has 5 red stripes where her tender skin touched hot metal. Ouch! Thankfully she thinks it's funny now. 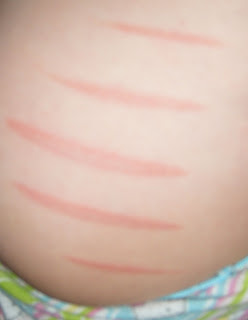 My little Shelby finally (finally!) brought home a Friday Edit Test with a perfect score (they have to correct a sentence for errors then find pronouns, common nouns, subject, predicate, etc. in another). She has been bombing them up until now and we have worked very hard together trying to get these concepts to seep into her brain. Success at last!

Cam called to tell me that he's making his girlfriend a bouquet of origami flowers for her birthday. Never mind that he's never done origami before. He said it took him an hour and a half to make the first one. If anyone has the patience and attention to detail needed to do it, he does! He was pretty proud of coming up with the idea and wanted to tell me about it.

He also started back to classes today, started his new job at Jamba Juice last week and somehow finds time for band rehearsals, a social life and sleeping till noon. How he'll find the time to do eleven more flowers by February 7th I don't know! 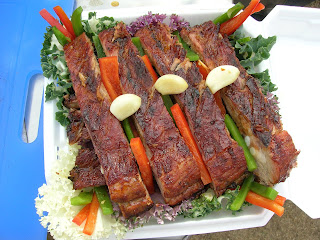 with first place trophy in hand. 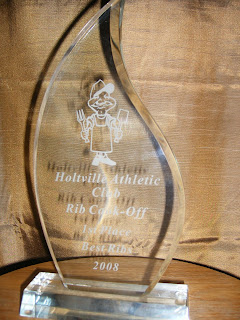 He is quite proud, and this afternoon took the trophy (along with Shelby's Girl Scout cookie order form) all around town to show off. He came back with orders for over 50 boxes of cookies, so he earned extra "Brownie" points today--which he needed, by the way, because... 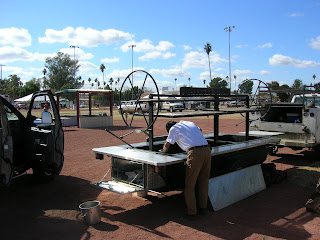 --taken on the same day that I was in a freezing house without power, and snow up to my---- well...you know!

The funny thing is that I was traumatized by being snowed in and not having heat and power and Nat's take on it yesterday was, "Wasn't that fun when the power was out and we got to all sleep in mommy's bed and watch a movie?" So what was a terrifying experience to me was a fun adventure to her.

Sis received this gift from my girlfriend who just got back from Disneyland. Sis asked her to bring something back for her, and, well...here it is. 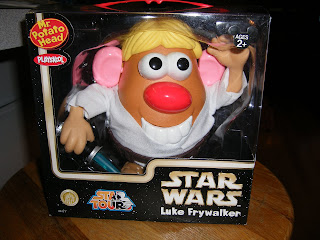 As for me, I started in earnest today on my getting in shape program using Jorge Cruise's 12 Second Sequence book so that I will be looking good by March 15 when I'll be performing with a troupe at the biggest bellydance festival on the west coast, Rakkasah! I'm so excited I can hardly stand myself. I just by chance got invited to dance with these women, who just by chance got lucky enough to get a dance spot at this popular festival. Woo-hoo!

Ok, done with my brain dump. Off to read a story to the girls and get them to bed. Life is good.
Posted by Lesley at 8:20 PM